Travel with purpose on this special "Be Well" expedition with Maple Grove Hotsprings to the rural community of Fackchallacta and work together with community members to implement an agroecological farm. 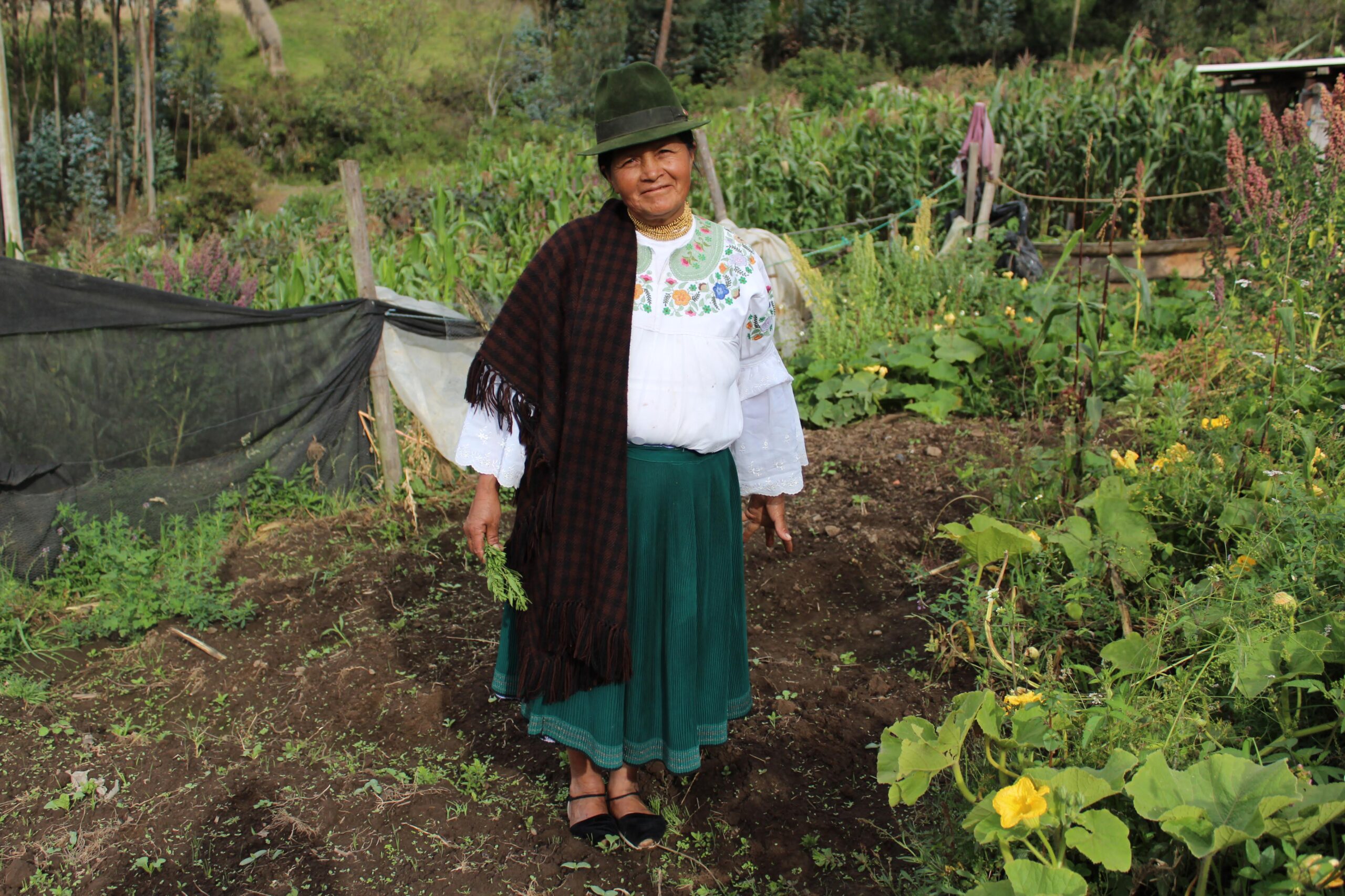 This first-of-its-kind "Be Well" expedition is uniting humanitarian work and personal wellness. In collaboration with Maple Grove Hot Springs, this trip will feature the CHOICE staples of intercultural exchange and meaningful service while integrating several visits to iconic hot springs within the lush Intag Valley of Ecuador.

Enjoy an incredible family-oriented opportunity to learn about rural Ecuadorian culture while also experiencing a personal wellness retreat coordinated by Maple Grove Hot Springs. You will be visiting Fackchallacta, a rural indigenous community...

Enjoy an incredible family-oriented opportunity to learn about rural Ecuadorian culture while also experiencing a personal wellness retreat coordinated by Maple Grove Hot Springs. You will be visiting Fackchallacta, a rural indigenous community made up of the Otavalo ethnic group whose economy depends on agriculture crafts and trade. Expeditioners will be implementing an agroecology farm to encourage community tourism.

Agroecology is a holistic and integrated approach that simultaneously applies ecological and social concepts and principles to the design and management of sustainable agriculture and food systems. This expedition will be unique as it will also involve several visits to local hot springs to emphasize and explore the concepts of “wellness.” Village activities and interactions will be provided to promote powerful intercultural exchanges between participants and native villagers.

Everything you need to know before booking your life-changing adventure.

WHAT IS THE COMMUNITY’S NEED? 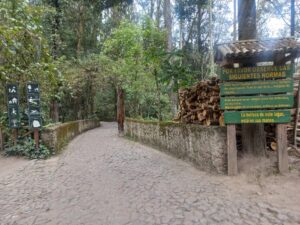 Expeditioners will help community members implement an agroecological farm that has the potential to enhance community tourism, boost the local economy, and improve the income of families in the area.

Fackcha Llacta is an indigenous community in the Otavalo Municipality. Like many rural areas of Ecuador where CHOICE works, poverty levels are high and income levels are low or nonexistent. Two years ago, CHOICE Humanitarian began its operational work in Fackcha Llackta, executing projects involving trainings in entrepreneurship training, industrial safety and occupational health, carpentry, and agricultural production.

Currently, CHOICE is managing a project to strengthen 40 small business owners to promote economic development. The expedition project will be a multi-institutional execution with the participation of the Prefecture, Ministry of Agriculture, Choice and the Municipality of Otavalo. Expeditioners will be implementing an agro-eceology farm to encourage community tourism. They will be cleaning, wiring the area, constructing cement bases for animal pens and wooden sheds for housing animals, and other construction type work.

WHAT WILL I EXPLORE WHILE I’M THERE?

In addition to serving and working in the rural community, expeditioners will also have the opportunity to visit:

HOW MUCH DOES THE EXPEDITION COST?

Your investment in an expedition is maximized to make a difference—it does good for both you and the community.

Around 50% goes towards the costs of running the trip. The remaining 50% goes towards CHOICE’s mission, its operations, and executing projects that address poverty like the one that you’ll be working on.

WHAT DOES IT COVER?

HOW DO I GET THERE?

Expeditioners are responsible for booking and paying for their own air travel. The expedition fee does not cover airfare.

CHOICE partners with CV Humanitarian travel, a trusted agency that specializes in humanitarian travel to the remote places where CHOICE works. Agent Blair Greene is standing by to assist you and can be reached at blair@cvtravel.com or by calling 1 (205) 484-2029.

All other transportation that is part of the expedition itinerary is arranged by CHOICE Humanitarian (not including trip add-ons).

WHO LEADS THE EXPEDITION? 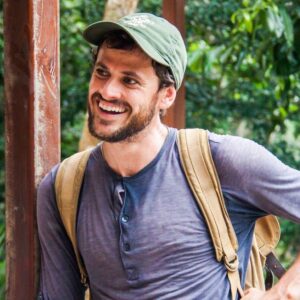 Each expedition is led by a Certified Expedition Leader (CEL). The CEL works together with CHOICE's local country team to make each part of your trip intentional and valuable.

Jordan Menzel is the CEL for this expedition. He has been leading CHOICE expeditions since 2006 with experience in 7 of CHOICE's countries and areas. Jordan previously worked at CHOICE Central Office in a variety of roles spanning over 15 years including events, corporate grants, The Village Membership Program, and as Director of Expeditions.

Jordan likes spending time with people who are working to improve the living conditions within communities, both at home and abroad. Jordan currently works as the founder of Maple Grove Hot Springs, an off-grid experiential retreat center. Prior to his time at CHOICE, Jordan spent time in the civic-tech industry as the founder of CrowdHall, an online townhall software. With a background in international development, politics, partnerships, and marketing, Jordan has worked as an assistant to Former Secretary of State Madeleine Albright, at the UN Environment Programme, and at the US Institute of Peace. He holds a BA from the University of Utah an MSFS from Georgetown University. He is a militant bike commuter and a mediocre, yet enthusiastic, rock climber.

Also leading this expedition is Jainee Dial. Jainee has guided trips to Alaska and Nepal, and executed large-scale productions and events through myriad leadership roles in her career.

She's worked extensively as a communications strategist and entrepreneur bringing three businesses and two non-profits to life. Jainee has been featured in Outside Magazine, Forbes, and Adventure Journal and is the co-founder of Wylder, the first female-founded benefit corporation in the state of Utah.

She’s drawn to the power of storytelling in impact strategy and coalition-building at the intersection of culture, creativity, and climate. Jainee has dedicated her career to amplifying organizations tackling inequity, sustainability, and regenerative enterprise.

WHAT IF I HAVE OTHER QUESTIONS?

Great! We'd love to answer them. Check out our FAQs page, or email us at expeditions@choicehumanitarian.org.

With a CHOICE expedition, you’re investing in an experience that is meaningful and responsible. Our country teams and Certified Expedition Leaders (CEL) work together to make each part of your trip intentional and valuable.

We prioritize meaningful interactions, increased empathy, and connection between expeditioners and community members.

We only support ethical projects which are needed by the community and provide sustainable, long-term poverty solutions.

We are led by Certified Expedition Leaders (CEL) who coordinate extensively with CHOICE local country directors and staff.

We are intentional about the impact of our expeditions to ensure  trips infuse beneficial resources into the community.

About 50% of your expedition investment goes to CHOICE’s mission to help execute projects that address poverty like the one that you’ll be working on.

READ MORE ABOUT OUR EXPEDITIONS PHILOSOPHY

Explore all of our available expeditions, or contact us to arrange a custom expedition to one of the areas we serve.

QUESTIONS? REACH OUT TO US